New York, NY (Feb. 22, 2021) – GMHC, the world’s first AIDS service organization, has added four new members to its Board of Directors who are leading voices in the LGBTQ+ and House and Ball communities, as well as leaders in the advertising, creative, and entertainment industries.

“These new board members share a commitment to GMHC’s legacy of service and activism that will help us advance our mission to end AIDS and shape the future direction of the agency,” said Jon Mallow, chair of the GMHC Board of Directors. “At this critical time in the AIDS epidemic and the history of our country, we stand committed to representing the diversity of our clients and our staff in GMHC’s leadership. I am thrilled to welcome these new board members to the GMHC family.”

The new board members represent a wide range of backgrounds and industries. They include Jae Choi, owner of tCS, a New York City-based creative consultation agency; Tyler Helms, an advertising and marketing executive; Jack Mizrahi, an HIV activist and House and Ball community member; and Marquise Vilsón, a trans-masculine actor and activist.

“Our new board members are dedicated to advancing the rights of people living with HIV/AIDS and all LGBTQ+ people,” said GMHC CEO Kelsey Louie. “I look forward to our work together and welcome them to the diverse and dynamic GMHC family.” 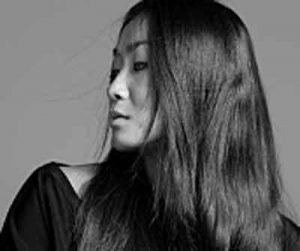 Jae Choi, founder of theCollectiveShift (tCS), helped to spearhead GMHC’s “Distance Yourself From Hate” campaign launched in 2020 in response to discrimination against Asian people during the COVID-19 pandemic. The campaign featured leading voices in the arts, fashion, and entertainment industries calling on everyone to reject discrimination and spread the “Distance Yourself from Hate” message through a specially designed mask. For the past 25 years, Jae has been a leader in the fashion and creative industries. Through tCS, she encourages artists and brands she advises to use their voices for political activism. 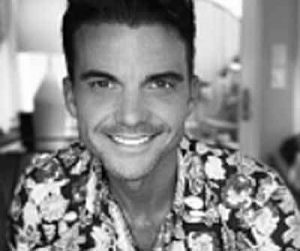 er Helms is a person living with HIV and previously served on GMHC’s Board of Directors. A veteran advertising executive, he is a published writer on LGBT rights and HIV awareness topics. He currently serves as Executive Vice President – group account director at the advertising company Deutsch Inc. His role includes managing the agency’s relationships with its clients, as well as developing and executing integrated, communications and advertising campaigns in the United States and globally. 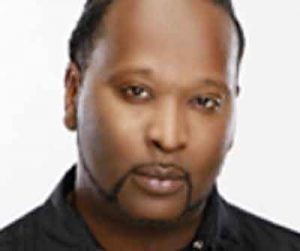 Jack Mizrahi has been a fixture of the Ballroom Community for nearly three decades. He created the National Ballroom Awards Ceremony and frequently emcees ballroom events including GMHC’s annual Latex Ball that provides an opportunity for LGBTGNC youth and young adults of color to celebrate their gender identity and sexual expression while learning about HIV prevention. As a community leader, Jack is also an advocate for HIV/STD prevention. He created an intervention called “The WIZ Group” (We. Intervene. Zealously) which encourages community members to examine themselves in an effort to aid positive social change in their networks. As a professional actor, he has starred in Ryan Murphy’s critically acclaimed TV series “POSE” that focuses on the House and Ballroom community. Jack is currently the co- executive producer of HBO Max’s ballroom competition show called Legendary, which is now in its second season. 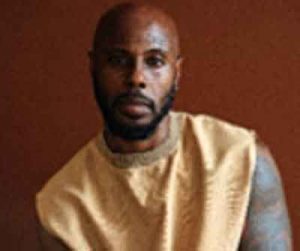 Marquise Vilsón is an actor, activist, and man with trans experience. Marquise was introduced to television audiences when he guest-starred in a critically acclaimed episode of Law & Order: SVU that addressed the issues faced by transgender military service members. This episode was nominated for a GLAAD Media Award. His recent television roles have included Blindspot, The Blacklist, Bull, and Netflix’s Tales of the City. He has also appeared in the films No Ordinary Man, Ben is Back (opposite Lucas Hedges), and The Kitchen (starring Melissa McCarthy and Tiffany Haddish), and will be featured in the upcoming B-Boy Blues. Marquise made his New York stage debut Off-Broadway in MCC Theatre’s Charm. His work as an actor and activist was highlighted in the documentary Disclosure, and his personal story was featured in the documentary The Aggressives. Marquise is a long-standing leader of the underground ballroom scene and is a member of the House of Balenciaga. His awards include the Octavia St. Laurent Trans Activist Award and the Masquerade Blue Print Award, and he has been recognized as a Transman ICON.

In 2020, GMHC also welcomed Ed Fogarty, senior vice president at ViacomCBS, and Javier Muñoz, actor, activist, and singer, to the GMHC Board of Directors.

GMHC serves nearly 10,000 clients in New York City with comprehensive psychosocial and prevention services, including HIV/STI testing, meals and nutrition, supportive housing, advocacy for benefits and health insurance, mental health and substance use counseling, and more. GMHC’s programs have made substantial contributions to reducing new HIV infections and ensuring people diagnosed with HIV/AIDS are connected to care and treatment.