In follow up to ACRIA’s 2006 Research on Older Adults with HIV (ROAH) study, the ACRIA
Center for HIV and Aging at GMHC launched ROAH 2.0 and issued its first report, focusing on
the epidemic in San Francisco, in October 2018. The full ROAH 2.0 study will also include
nearly 3,000 older adults living with HIV in sites across the country including New York City,
Upstate New York, Chicago, and Alameda County (CA). 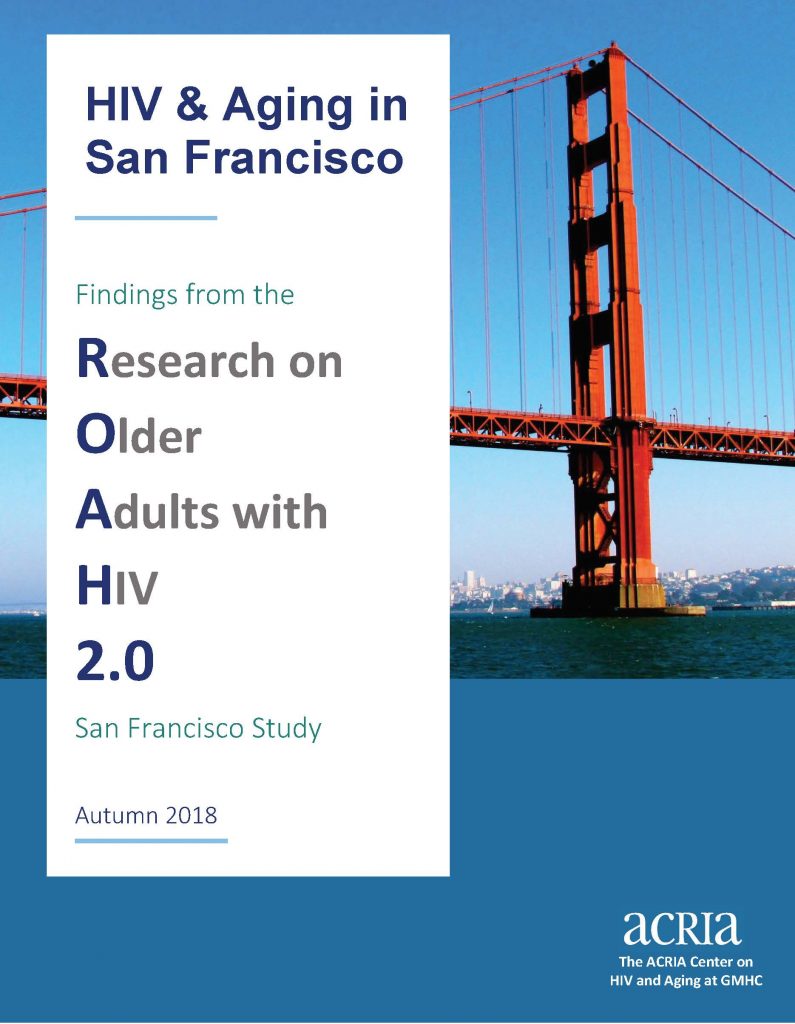